Home
Not sure if anyone here knew Paddy, but he was an absolute legend in Africa. He was a Selous Scout as well. He was killed last night in his home in Bulawayo.

I never saw Paddy without a smile on his face. He will be missed by many.
Don't know him, but what was the cause of his death?
Looks like a burglary gone wrong. I wonder if the perps knew who they targeted?
Yes, he was a legend. Sorry to hear this.
I am very sorry to hear that. I hunted with Paddy in the Selous in 2011, a good man and a great PH.
That's a shame, if he was a Selous Scout he must have been getting on up there, very sorry to hear.
He was 65. A hard 65, but still running.

You can’t overstate what a modern day legend he was. I know many phs who are every bit as good as him, maybe some a little better at hunting, but he had that gift with people that made him so well known and so well liked.
Yep, Paddy knew that going on safari was supposed to be a good time--and with him it was.

Another PH on the same hunt was one of those who was mostly out to prove what a hell of a hunter he was (and often, how little his clients knew), so wasn't much nearly as much fun to hunt with as Paddy....
Hopefully,at least some of it is true. Pun be intended. Hint.............


Bloody Colorful Read RINK
I got a WhatsApp message from one of his dear friends that he was ambushed when he opened his door in early morning darkness to let his dogs out. Apparently, he was somehow able to get a SOS out, but help arrived too late. He was found dead near his gun safe with 2 bullet wounds to his head. His gun safe was still locked shut. The POS’s also robbed 2 other nearby homes around the same time. A security team with tracking dogs is hunting down the POS’s now.

One of my closest African friends, another PH who’ll remain nameless for his family’s safety while he’s away hunting now, lived right across the road from Paddy. He told me everyone is terribly stunned at the loss of their dear friend and great PH.

Hoist a toast to a great man and PH at sunset, wherever you happen to be. By all accounts, he was truly one of the great ones.
Let the PHs hunt them down and make lion bait
Originally Posted by Buffalobwana
Not sure if anyone here knew Paddy, but he was an absolute legend in Africa. He was a Selous Scout as well. He was killed last night in his home in Bulawayo.

I never saw Paddy without a smile on his face. He will be missed by many.
Met him at Rory Hensmen's farm in 2000 while hunting there with Ron Van Heerden. Rory had been an officer in the Selous Scouts, doing a lot of riding his polo ponies around near Chinoi. 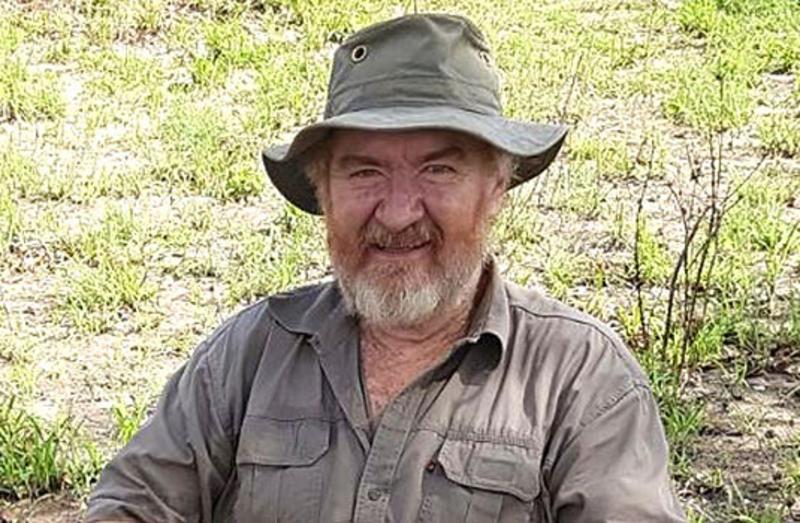 Originally Posted by KenMi
Let the PHs hunt them down and make lion bait
👍👍👍
Here's my favorite photo of Paddy, taken after my hunting partner dropped the buffalo with one perfectly placed shot under the chin as the bull stood facing us at 40 yards. (Might have another sitting-around-the-campfire photo. If so, will post it later. He was full of joy....) 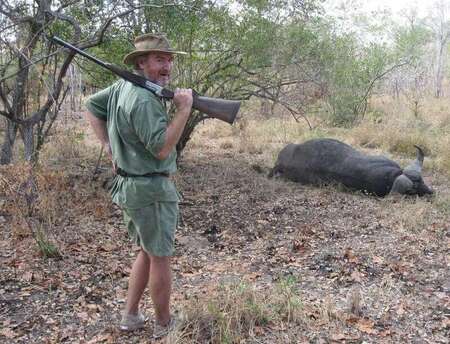 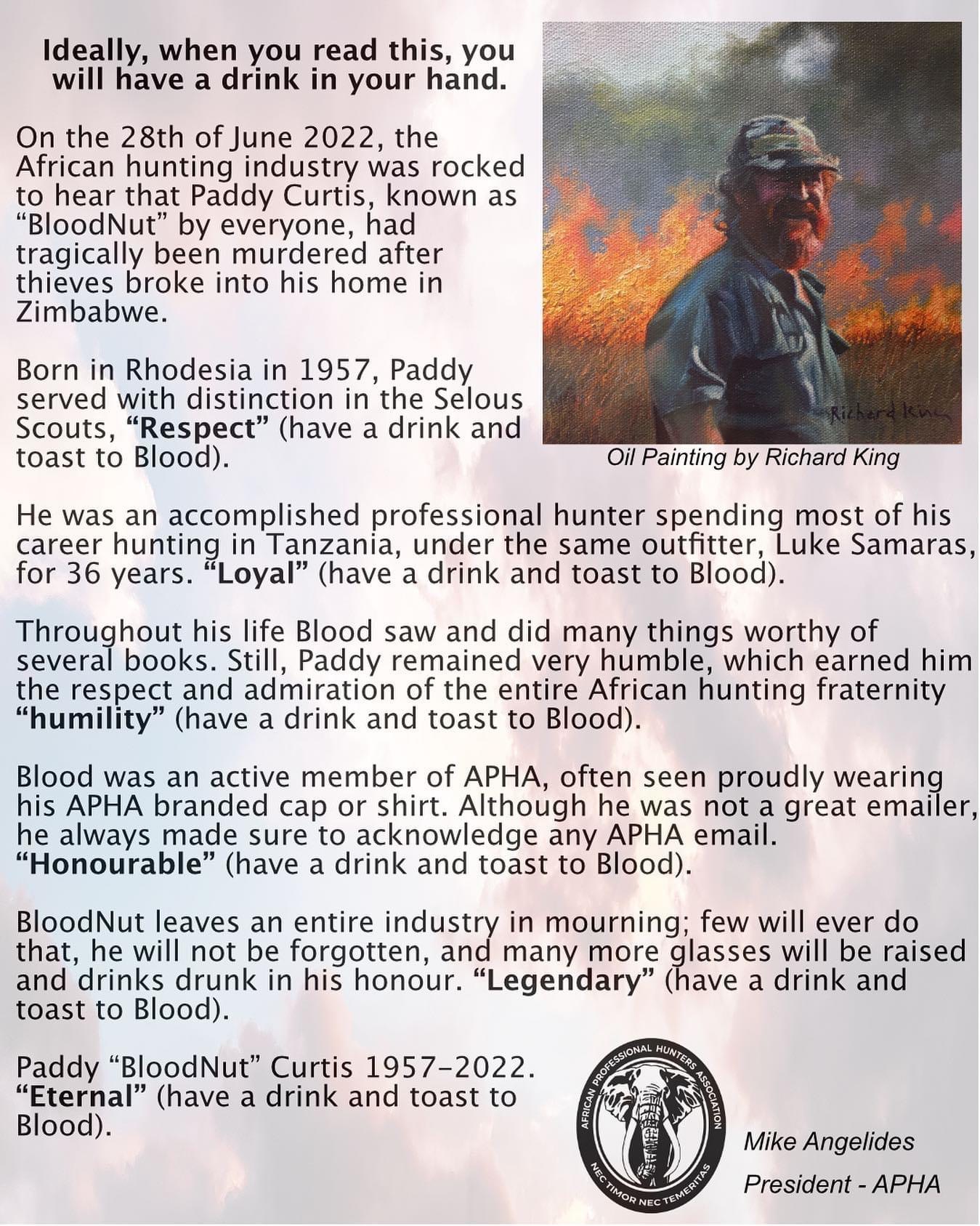 I didn't have the pleasure of meeting him, I hope they get the bastards who did this.
John Sharp has a pretty good post on his FB page regarding Paddy. Pretty brutal from what John told me
REST IN PEACE PADDY
Living in Africa is still like living in the Wild West.
Man that sucks. Met him at the SCI convention once. Nice guy.
Hopefully justice will be served.