Home
Is Ruger still making them????? where are they???
Ruger builds stuff in batches, I'm told they haven't built any single actions (except the Wranglers) in awhile. They might make more soon, or not. I don't know who schedules the runs of thisorthat, but whatever's making them the most money at that time is sure to get more attention. I haven't seen a new one in a fairly long time, so they might be getting ready to make another run of them, and Blackhawks, which I rarely see, either. I have a stainless Single Six that I'm very fond of, it's a real shooter.

I think they're concentrating too much on their fantastic plastic pistols, personally, but I'm old school and like steel and walnut, so I might be out of touch.
They are still listed on Ruger's website, so I assume they are still in the rotation and, eventually, in production. I kinda wish I had a copy of their manufacturing schedule, but so do all their competitors.
what about a used ruger single six? built very robust and single action only means that a used one is highly unlikely to be shot-out. ruger will make right any problems.
Saw a stainless version in the local Sportsman’s Warehouse two months ago. The only one I’ve seen in a very long time.
They're all over gunbroker, I don't see what the problem is.
Originally Posted by BLRNut
Is Ruger still making them????? where are they???
Like the one in my freezer? 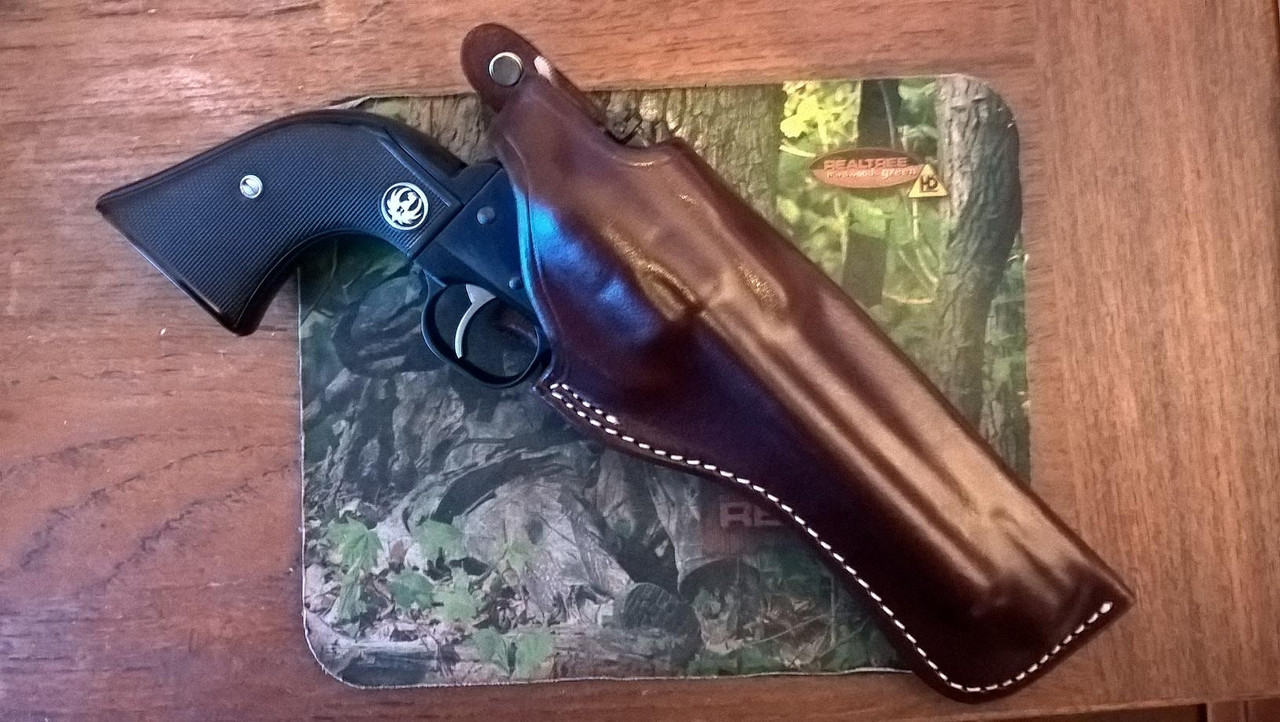 
GR
I have on with a 9 in barrel, I kill about 30 groundhogs a year with it.. it is very accurate ... thanks for the reminder,, I need to clean it Now...
Hard to find for sure.
My brother's had mine for 20 years or so, just like my SP-101 .357 Magnum. When I need a single-action, convertible .22 revolver I have a New Frontier to fall back on.
I have a Ruger Single-Six (stainless, unfluted cylinder, rosewood grips, 17 HMR) only 300 mfg.
Never even catalogued. I ordered it from, CDNN Liquidators - years ago for a 'song'.

I also got a new Single-Six, 22 Convertable from a friend pawnbroker - Mr. Money!

I kinda fell into the opportunity to buy both, and I kept them because I found the
Single-Action Revolver feels natural and shoots straight arrow - in spite of ME!
Originally Posted by Garandimal
Originally Posted by BLRNut
Is Ruger still making them????? where are they???
Like the one in my freezer?

That...and the holster...look just like the one on top of my refrigerator/freezer!
tons of Heritage Rough riders in my area, most less than $200 brand new. Give me a used Ruger single six any day.......
I have a Single Six 22lr (believe it is a 1958) bought new and been fired one time.